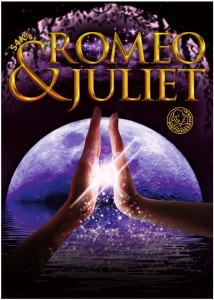 2016 commemorates 400 years since the death of William Shakespeare and IGNITE schools are celebrating the work of Shakespeare with their very own festival which is now in its 11th year!

Once again we are working with our sponsor URENCO who have supported us for the past decade, to ensure all years 5 and 6 pupils in Ellesmere Port schools have the opportunity to join in and enjoy an excellent live theatre performance in their locality.

We have commissioned SHAKESPEARE4KIDZ International to once again deliver this production for us, which will be ROMEO AND JULIET performed at ELLESMERE PORT CIVIC HALL on 14 and 15 January 2016.

Almost 2000 pupils will take part in the 2 day festival which will get our New Year off to a great start. Teachers will use this experience to inspire a wide range of creative arts and writing in our schools throughout the year to commemorate this special 400 year anniversary.

Find out more about the commemorative year and about S4K performances using these links.  Shakespeare4Kidz